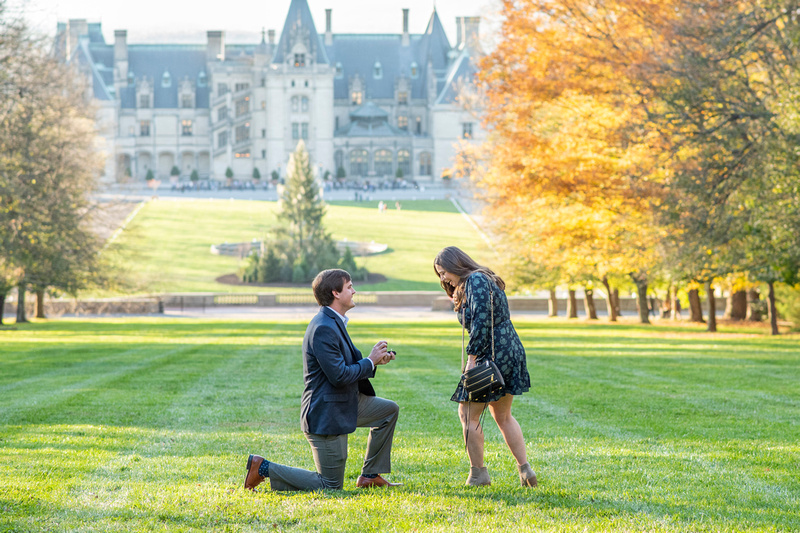 These two are ENGAGED!! Collin planned the sweetest surprise proposal at Biltmore Estate in Asheville to ask Katie to marry him, and it was so very fun to be a part of it! We saw the last bit of bright fall color on Biltmore’s esplanade and had a tiny cheering section, too!

About a month and a half ago Collin contacted me and asked me to capture his proposal to his long time girlfriend, Katie. They were planning a visit and he knew that she would love to have it photographed with Biltmore house in them, so we opted for the grand views of the upper esplanade. This location never disappoints, and on this day, it was so very beautiful with the speckled sunset and bright yellow trees!

On the day of the proposal he and Katie leisurely wandered out on to Biltmore’s esplanade, talked a bit, took a few photos for themselves, and then Collin quickly dropped down on one knee and asked Katie to marry him! Katie’s reaction was incredible! She was in full shock and couldn’t stop looking at the beautiful ring that Collin was giving her! With the excitement, laughter, shock, and hugs she kept glancing at her beautiful ring with the biggest smiles on her face! It was the cutest!

As we walked around the estate taking more photographs for them, Collin told us all about the ring, his proposal plans, and more. He told us that only a select few family members knew he was proposing because he didn’t want anyone to spoil the surprise. This was a great idea, as the surprise was amazing and beautiful!

Collin and Katie also talked about how they’ve been together for eight years, but have known each other since childhood. They went to school together and their families know each other. They even have pictures of the two of them from elementary school! I LOVE stories like this where two people have known each other for so many years, and then finally when the timing is right they connect and fall in love. It’s so romantic!

Collin’s engagement proposal at Biltmore Estate was truly special and it was an honor to capture it!
Congratulations, Collin + Katie! 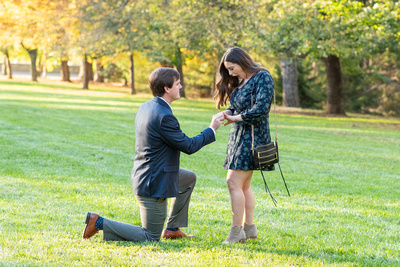 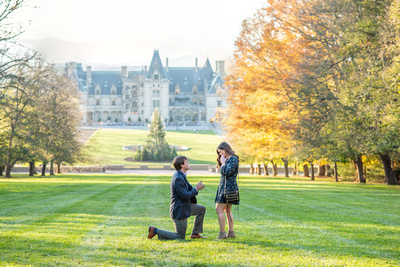 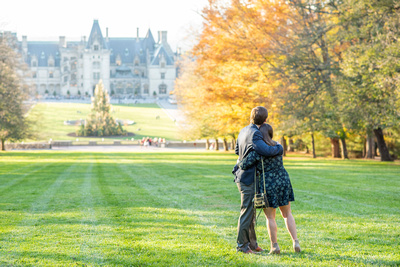 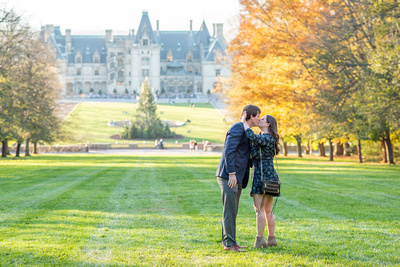 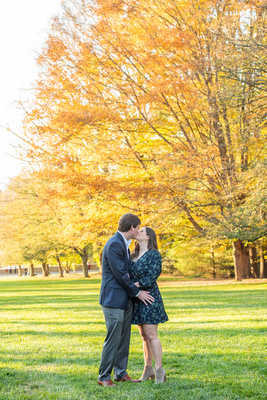 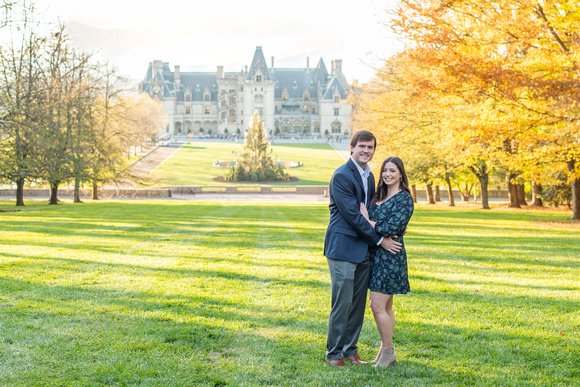 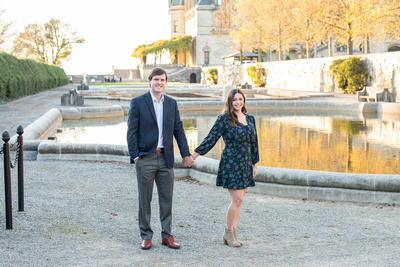 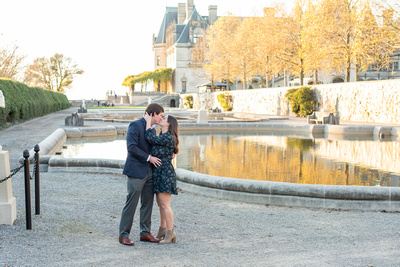 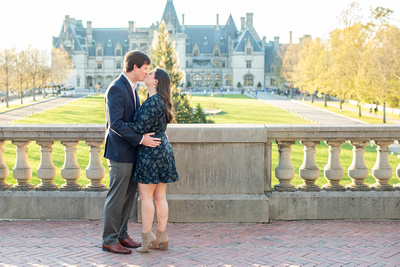 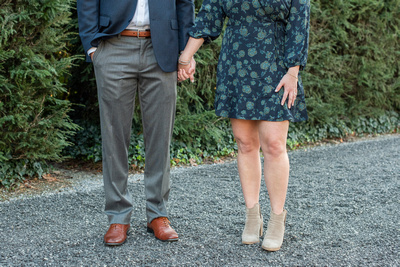 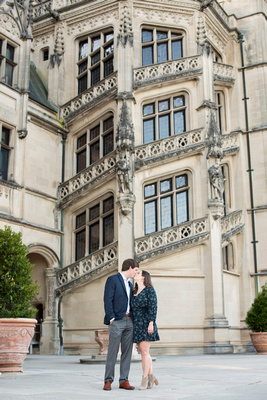 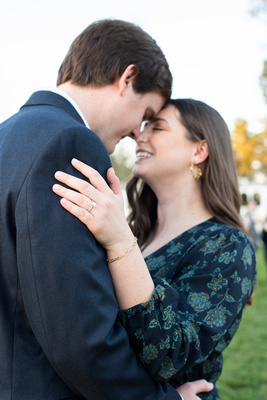 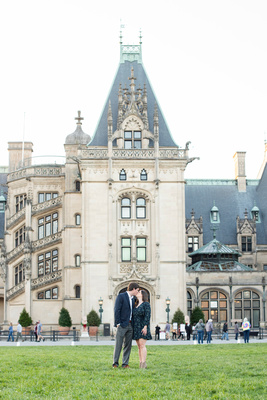 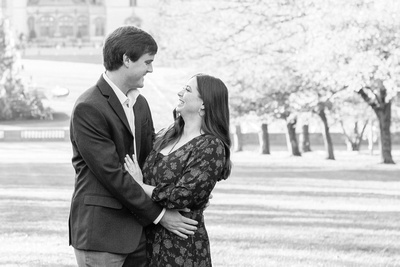 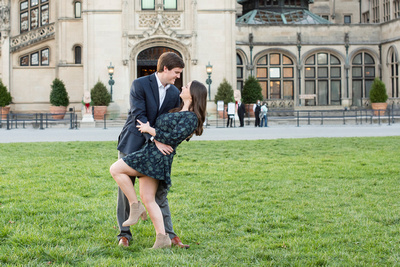 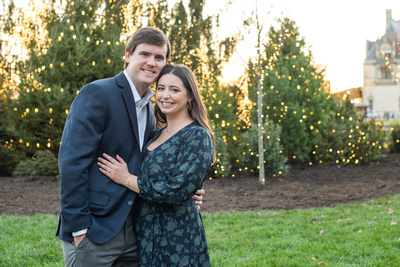 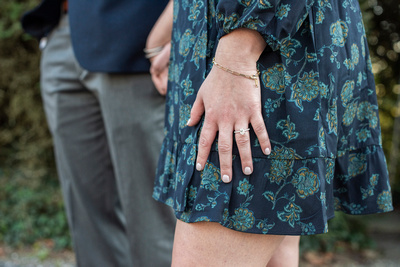 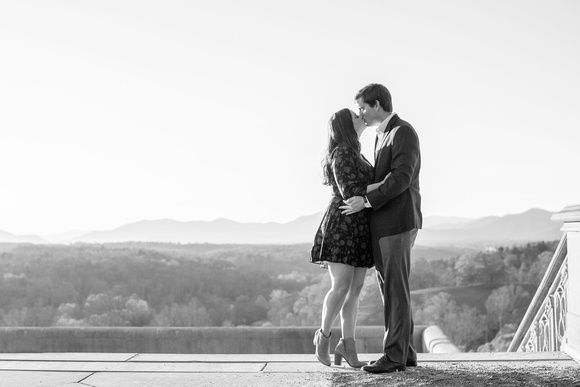 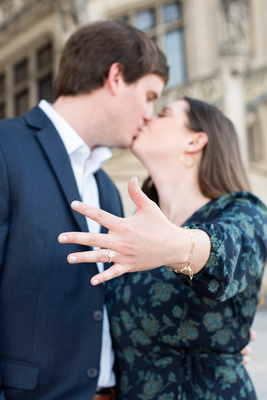 Want to be the first to know about photography deals,
mini-sessions, tips, tricks, and more? Subscribe now!