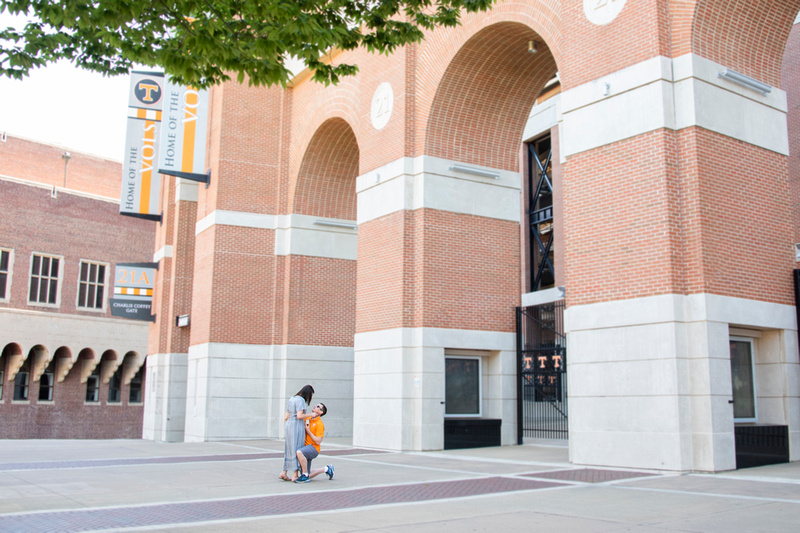 This proposal in front of Gate 21 Plaza at the University of Tennessee’s Neyland Stadium was the cutest! It was simple and beautiful, and in a place that is very special to Brittani and Aaron. The best part for me though, was the sheer surprise on Brittani’s face!

Months ago Aaron contacted me with his proposal idea, which was not initially to propose in Knoxville at all. He had planned his proposal at the Biltmore Estate, right here in Asheville. He scheduled a private wine and chocolate tasting for he and Brittani, and planned to ask her his big question then. However, when the current coronavirus pandemic became widespread and Biltmore had to close the estate, he was forced to change his plans. He quickly regrouped and planned his proposal at another one of their favorite places, Neyland Stadium. His planning and timing were both perfect. By his proposal date, I was comfortable traveling to Knoxville, and Gate 21 Plaza on a Sunday morning is lovely and quiet.

On the morning of the proposal I woke up early and headed to Knoxville with my photography gear. I set up my cameras, placed myself on the edge of Gate 21 Plaza in the warm morning sun, and awaited Aaron and Brittani’s arrival. As they drove into the parking lot I pretended to capture some of the architecture of the stadium and nearby campus buildings. Aaron seamlessly walked through the area in which I was standing and led Brittani in front of one of the massive gates. He held her hands, got down on one knee, and asked her his ever important question. I was too far away to hear Aaron ask Brittani to marry him, but I sure did hear her say “Yes!” It was a beautiful moment followed by long hugs and a few tears. It was an absolute honor to witness Aaron’s proposal and capture this special time for them.

After the proposal we captured some engagement photos right there at Gate 21 Plaza, and also headed to Volunteer Landing for some photos by the river. Both locations were beautiful and truly highlighted the connection and love that Brittani and Aaron share. Their photos scream happiness and love, and are simply perfect!

This proposal was beautiful, and I loved being a part of it! Congratulations again, Brittani + Aaron! 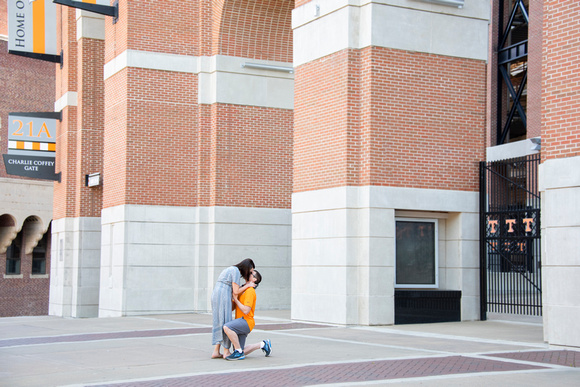 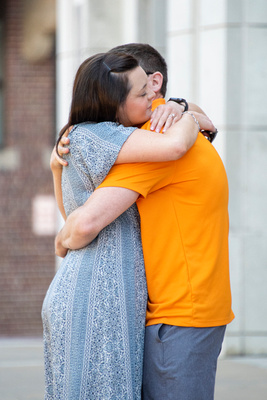 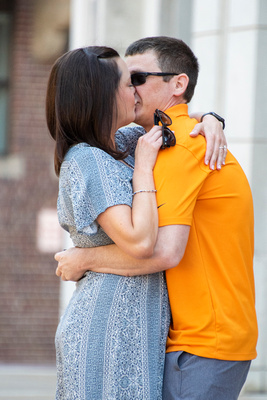 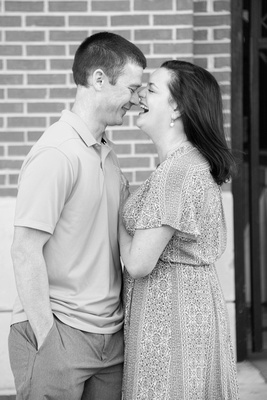 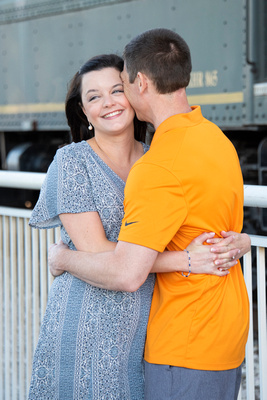 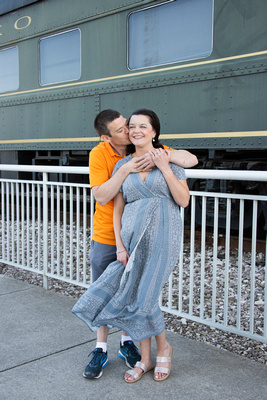 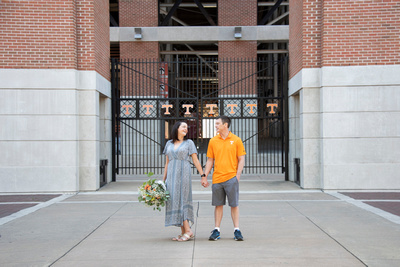 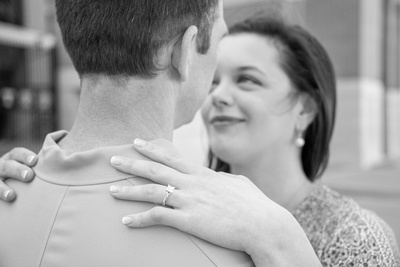 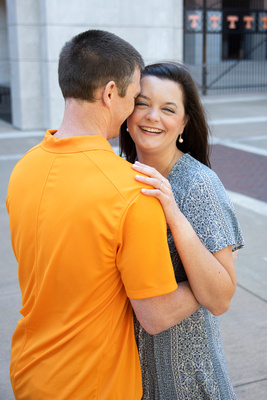 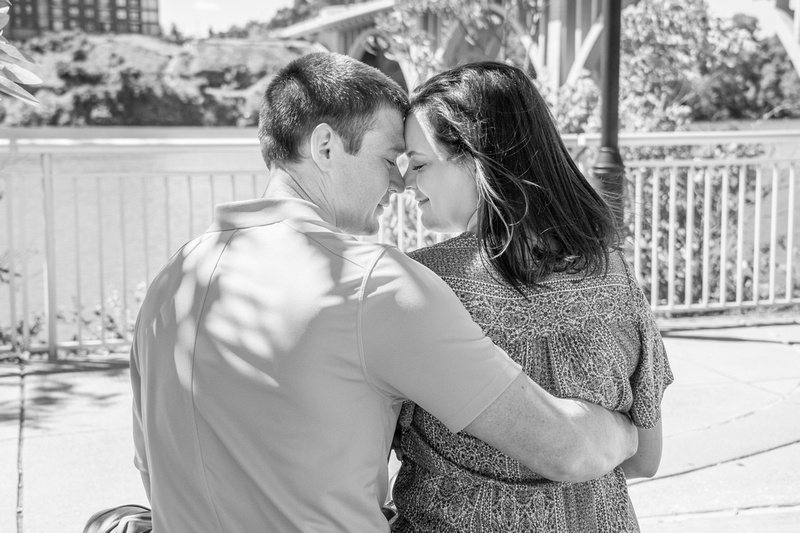